Skip to content
adriancharliehoran in Articles October 9, 2012April 17, 2014 Aside 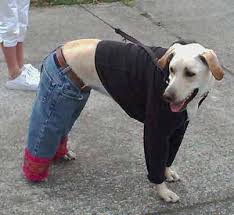 Seriously? A post on fashion? What are you, like, gay? Unfortunately, this was the “supportive feedback” I received from one of my friends when they were informed about my new ‘blopic’ – fashion. Let me put both hands up in the air when I say that… I’m not exactly a regular fashion blogger, as you’ve gathered from my previous posts. However, I’m always one to try new things now and again (except black pudding *bleurgh*, those poor little piggies), so I shall accept the challenge. The challenge being, you ask? To write a fashion post that provides my own, charasmatic insight into the magical world of clothes, is humourous AND my testosterone levels are still intact at the end of it. Let’s do this thing!

I like to see fashion as a continuously growing concept, quite similar to ourselves. Fashion was born in a land that time almost forgot ( go science for being all sciencey and discovering the past!) thanks to our hairy, funny-looking caveman buddy billions of years ago, who decided to use that well-earnt leopard skin as a pair of undies. From that point, clothes were just a part to our exterier. Forget about ‘clashing colours’ and moments like this:

Clothes were just worn – the way you looked and the way you dressed really didn’t make you sleep less at night. Yet over time, this perception began to alter. Different cultural societies went all ‘Gok Wan’, making these sea shells into a necklace or that mammoth skin into a cosy coat (blame fashion for their exctinction, kids). It became a mainstream concept, it started to become noticed. Fashion is no longer that baby who can barely pronounce a syllable. It grew up, it went through puberty – it came out on the other side. Proud of you, fashion. I guess I can put myself into this equation. When I was a kid, as long as my Mum put a shirt on my back and a, slightly snazzy, pair of trousers – I was a happy chappy. Though, when the day arrived when I realised my fashion sense was identical to my brother’s (slightly encouraging the ‘twin sterotype’), I thought to myself ‘Now this needs to change!’

It did change – I started to care about the way I dressed. There’s a point to our lives where we actually begin to care about the way we look. Well… except from that one person who persists to buy their entire wardrobe from a charity shop. Yikes! Those ‘Spider-Man’ shoes you got from George? Sling yer hook. Your favourite ‘Thomas the Tank Engine’ top? Time to say goodbye. The pair of ‘Simpsons’ slippers you always wore? Well… you can stay, you’re ‘Simpsons’ slippers after all. The life of having your Mum dress you up like ‘the doll she never had’ is just a thing of the past. You begin to adopt a certain image that becomes suited towards yourself. A certain image. Now, where did that come from? A question I puzzle myself with from time to time – why is it we dress the way we dress? Does it create a certain self-expression? Do we use our appearance to create a lasting impression on others?

Take Lady Gaga, for example. Quite a bizzare example at that! Okay, so she doesn’t exactly have an impressive majority of people who follow her, err… “fashion sense”, if that isn’t an understatement? But you certainly can’t escape from it, that is for sure. Do you think her drastically changing appearance is to emmit a statement about herself? If so, the above picture ain’t creating a pretty statement. *Ahem*, ‘Hey, I’m Lady Gaga. God, don’t you just hate Kermit the Frog? I do, I really do. Thought I’d make a dress out of 48 Kermits just to show my point.’. It just doesn’t have any logical explanation. Whatsoever. Maybe because it doesn’t need one? For me, a fashion sense is a subjective concept. Sure, it can be influenced by certain aspects of our lives, but ultimately it is our creation. Let me put a personal spin on this. I’m known by my friends as the twin with ‘The Hair’, and by my family as ‘Sonic the Hedgehog’. It’s a part of myself that those around me notice, and a part of myself that recieves its own, little associated labels. Do I think twice about it as to why I style it the way I do? Not really, I just like to see it as an aspect to my own look. Good ole Dougy Coupland presented that ‘once you establish a look, and once everybody recognises that look as your look, you never have to think about fashion again.’ Just as a dysfunctional spectrum of coloured hair-dye is Nicki Minaj’s thing and looking like a hip caveman is Russell Brands’s thing (he sees himself as an ‘S&M Willy Wonka’… seriously?), a fashion sense is created that is recognised by others, even if you do not recognise it yourself.

Fashion may not be my area of ‘blogspertise’ (just made that word up, feeling very proud), but I certainly appreciate the way it has made society grow and made ourselves grow as people. It creates a freedom of expression and a self-characterisation that even words sometimes struggle to get across. Okay, so I guess Gok Wan getting middle aged women naked and Mary Queen of Scots asking British women where their knickers are from MAY not be contributing to these qualities – but that’s what makes fashion fun. It doesn’t like to take itself too seriously and it brings a sense of light-heartedness to our occassionaly pessimistic society.

So go on, politicians, put on a meat dress – you’ll feel much better about today’s fiscal situation!